A Brief Introduction to the Julia Programming Language 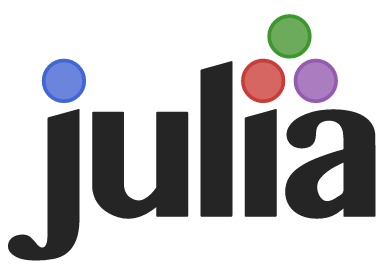 How It All Began

Less than a decade ago, somewhere in Boston, MA, Julia was born. Unlike other entities bearing the same name, this one is a programming language, one that bears a lot of promise for the programming world and the data science world alike. It was more of an academic project back then, constituting the PhD thesis of Dr. Jeff Bezanson. However, it quickly grew into something more, something that transcended the boundaries of MIT, of Boston, and even the USA.

What's the Deal with This Name Though?

Although it's not clear why the creators of the language named it Julia, it is agreed that the name Julia refers to the French mathematician Gaston Julia, who came up with a formula for a special kind of sets related to fractals. These interesting formations were named Julia sets, after him. It is quite likely that the language was named after the fact that it is very good at calculating these sets, though other links to that individual may also be valid.

Define "enough." Someone could say we had enough languages by 1991, yet no-one complained when Python came about then. Also, someone could argue that we have enough social media already, yet this didn't stop beBee from coming about, right? Perhaps, just like beBee, Julia has a special niche that make its presence in the computing world necessary as well as viable.

The Perks of the Julia Language

Although I describe them in great detail in my book, Julia for Data Science (Technics Publications), as well as a video on the topic (available on Safari), and an article I published recently, I never get tired of mentioning them again. In a nutshell, Julia is very efficient (comparable to low-level languages that are optimized for performance), easy to use (much like any other high-level language), has plenty of libraries (enough for most applications in data science and other fields of applied science), has a growing use community (meetup is a great place to get started, especially if you live in a tech city), and it's very easy to learn (plenty of reliable material is available -ahem!- while it is also taught in a few universities around the world).

What Does All This Mean for Tech Businesses?

Any technology-related enterprise has the two-language problem, at one point or another. This basically means that you need one programming language to prototype in (e.g. Python, R, etc.), and another one for deployment (e.g. Java, C#, C++, etc.). This means you need at least two different types of developers, while the pipeline can be fairly long. If you use a language like Julia, however, you can rely on just that language exclusively. Also, with various "bridge" packages out there, making code of other languages available to a Julia script, and vice versa, it's not too difficult to combine code from your older pipeline with new code written in Julia. Also, this language's high performance may translate into a faster pipeline and mitigated production costs.

Naturally, you don't need to cut ties with any other programming language you use or are in the process learning. In fact, in today's world it's better to know more languages, since they all have some niche that makes knowing them a good occupational asset. However, if you open to learning new things and find that proof-of-concept projects are quite relevant to you, then learning this language would be a good investment. It won't cost you much, but you'll need to put some time into it, since although it may be easy to learn the basics of it, doing something actually useful with it (in the business sense) takes some delving into. If you are more of a PM kind of person, you may want to learn about the language, since it could add value to your organization.

* Good online book for the core aspects of the language (+ a few key packages): https://en.wikibooks.org/wiki/Introducing_Julia

Thank you all for the relevants and Pascal for sharing the buzz to another hive. I have no ties to the Julia Computing company (that created the language) and receive no revenue from promoting it, but I find it very useful as a programming alternative, which is why I've supported it that much over the years. Cheers!