Can There Really Exist an Artificial Mind (True A.I.)? 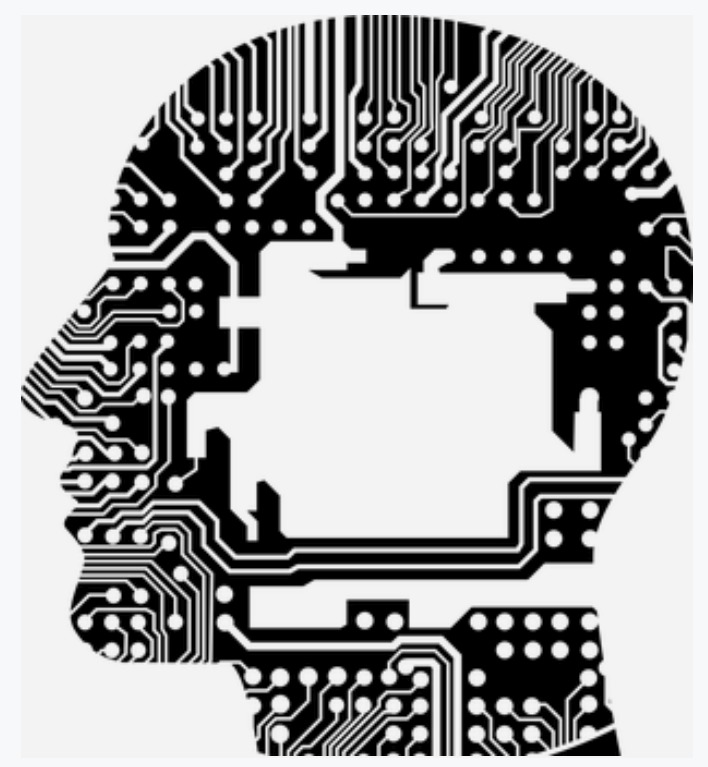 Yesterday I was at a networking event for DNs in Lisbon. Although I wasn’t planning to attend the actual conference that sponsored this event, the latter was part of the DN meetup so I decided to check it out regardless. And I’m glad I did because I had a chance to meet various intriguing people and talk with them about various topics, one of which was A.I. Interestingly just today an associate of mine sent me an article on the possibility of an Artificial Mind through some sophisticated mathematical model. As I’m also into A.I. a lot lately (more on that in another article), I reflected on the topic and the possibility of an Artificial Mind, something that seems like a prerequisite for the Artificial General Intelligence (AGI) tech, which is the holy grail of A.I. research.

Although I’m still on the fence about what’s possible in the A.I. field since it seems like every month there is some groundbreaking innovation, it’s safe to say that there are limits to how A.I. can evolve in this ecosystem. Emphasis on the ecosystem bit. In theory A.I. may be limitless but just like anything else manifested in the universe we inhabit, it requires resources and lots of them. One such resource is data, particularly high veracity data and a great amount of it. Without data of such a quality level and size, even the most intelligent A.I. system is bound to exhibit biases and other limitations which may make it substandard, at least compared to a well-rounded sentient being. By the latter I mean not just humans, but also advanced mammals like dolphins and whales, which appear to have attained a healthy balance with their environment, even if they are not regarded as super intelligent creatures. At the very least they don’t create problems to their ecosystem, even though they could abuse their mental faculties at the expense of other creatures in the ocean / sea they inhabit.

So, what about A.I.? Can’t it evolve into something like that and perhaps beyond that, given that it can analyze a plethora of data streams in a small fraction of the time it would take us to process? Well, if it has the right parameters and the right terminal / instrumental goals, then yes. This is a big IF though. Since we are not of that level of intelligence ourselves, it is doubtful that we’ll be able to set these parameters and goals in the best possible way. Of course we could outsource this task to the A.I. itself since it can probably come up with a better solution to this problem. But what if it doesn’t and during its search for this optimal set of parameters it decides that by using up all the available resources on the planet it would be able to achieve its goal more efficiently while at the same time mitigating any risks? And what if it goes through this strategy in a very systematic manner that’s so gradual we don’t notice it before it’s too late? Think about this for a minute.

So, in theory there may be an artificial mind as a tech in the future, but getting to that level may not be as easy as we think. Besides, just because we can understand something with Math and Science it doesn’t make it feasible necessarily. We’ve been studying the motions of celestial objects for centuries and yet we are still struggling to get someone to another planet in a sustainable way (although Mr. Musk is making progress on this matter through SpaceX). Yet, even if we do make it to another planet, we have no guarantee that such a project would be of any real benefit to the whole of our species. So, if we cannot handle this matter which is closer to our understanding and comprehension, what makes A.G.I. a more feasible project or a less risky one?

I’d very much like to hear your thoughts on this. Will an Artificial Mind be a reality in the years to come or will it linger in the realm of interesting yet infeasible possibilities? Would such a technology solve the global problems we are facing or will it be used (and possibly abused) by those who control it? Feel free to continue the exploration of this topic in the comments section. Cheers!

Great question Zacharias \ud83d\udc1d Voulgaris, but my answer is no. If we look at the structure of the brain and the billions of neurons forming it it sounds q remote possibility that we can over excel the "natural brain". Like human hands no matter what precision equipment may have they shall not parallel the human hand.

#4
The space between information and action is clearly established as a human domain. Can AI enter that space? It can operate within actions, from information we provide, but can it operate autonomously within the space between? My fear is not can it, but rather will we be kicked out of that space and replaced by AI. Can it do it is one question, but should it do it is quite another. I share your concerns and sense that the technology has become sacred already within the producer circles. The movement forward is being pushed through religious zealots that are not focused on humanity but rather some nirvana creationism.

I don't think its possible to replicate the ''irrationality'' of emotional intelligence nor it is a wishful thought either. AI is cloning in my book not really an intelligent entity I think the label is misleading (but a great marketing coup) maybe it should simply be called Assisting Intelligence.....

The TI-80 calculator was only the beginning. Technology is entering the personal, social, proffesional space. How is AI going to impact our future if at all. Join the discussion.

The AI question i believe is an interesting thought experienment. Can AI reach the human dynamics we call existance, i dont believe so. I do believe we will be living and adapting to some version of this technology in our future. It will be humans that are adapting and not AI. In its most basic form humans acquire information then act out of the information whereby society reflects the value of that action. This statement lacks the filter that information goes through before it enters our lexicon and then the filters we use to decide what action to push into the public domain. The filters or consiousness is what i believe AI will never be able to replicate. Information plus consiousness equals wisdom in action. My question, will AI move through the various phases we recognize as learning based on growth? Will the device go through the terrible twos, and lets not forget this teenage years where infinite wisdom gives way to reality within the twenties. Just because we can do something doesnt mean we should. We are currently adapting to the early forms of AI in the simplist of forms. We are doing this without regard to long term effects. We are useing past experience to set standards within technology that humans form habits around. If we were to take away technology from a social group they would “create” a life experience on their own. With technology we adapt to a form of group think as our experience. Is this good or bad? We are about to find out.

As I’ve indicated previously AI will remain devoid of emotions, sensitivities and values and thereby compromised in terms of the real intelligence component. It does however have the intrinsic potential of looping itself through ever widening smart algorithm-driven chaos if left on automatic, taking all its believers with it. As regards Mr Musk - well here’s an interesting export from our part of the world: A great example of human intellect sabotaged by its own EQ challenges. This for me is a relatively important warning of potential dire consequences of compromised EQ individuals driving AI constructs. But I guess that’s another whole discussion in itself. Thanks for keeping the discussion alive Zacharias \ud83d\udc1d Voulgaris

It's refreshing, Zacharias \ud83d\udc1d Voulgaris. to read something sensible about Ai for a change. For your further information, there is a truly excellent paper on the subject by Vijay Kumar, Ph.D., Nemirovsky Family Dean of Penn Engineering. See the link at my post at: https://www.linkedin.com/feed/update/urn:li:activity:6448233682166697984 I will watch for more of your opinion on this topic. Cheers! #showmetheintelligence