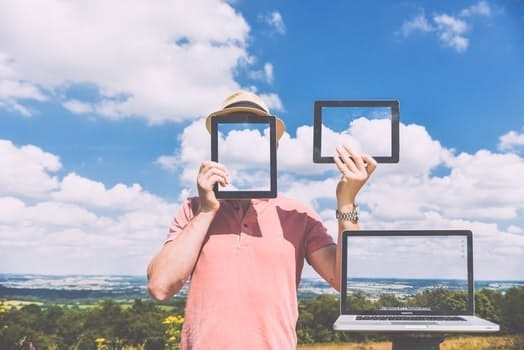 Athough Scotland is known for its beautiful countryside, its ingenious scientists, and for one of the best fiction writers of all time (Arthur Conan Doyle), it is also the birthplace of David Hume, an interesting modern philosopher who challenged many of the mainstream ideas of his time. This post would be too long, however, if we were to describe all of his contribution to philosophical thought, which is why we recommend you check out this great web page by Stanford University (http://plato.stanford.edu/entries/hume-moral), as well as this one (http://www.iep.utm.edu/hume) by another reliable website on this topic.

Hume’s most applicable ideas in today’s world have to do with morality, since it’s something that doesn’t attract enough attention, especially in the technology ecosystem. We, as humanity, may be smart enough to figure out how to make somewhat intelligent systems (A.I.) that were thought to be science fiction a few years ago, but are we smart enough when it comes to moral matters that these systems bring about? The continuous debates on the future and safety concerns of A.I. are but a symptom of this phenomenon. Just like a bizarre body-builder who has worked hard to developed only his right limbs and is as a result unable to do anything really useful with his body, we may be leaving an important type of intelligence underdeveloped, relatively speaking. I am referring to the intelligence that has to do with making moral judgments and moral choices (this goes beyond the tradition 8-types-of-intelligence paradigm). As Hume clearly stated, morality doesn’t stem from reason, something we observe nowadays more than ever. We see truly remarkable scientists and ingenious engineers enter the limelight, due to their work on A.I. systems, yet we rarely see many people with high moral stature enter the stage in the tech world.

Hume was wise to separate philosophy from religion and focus on the facts, rather than questionable testimonials that often accompany religious conviction. However, as time went by and we became more and more technically-oriented, we unwillingly separated philosophy from science, something that doesn’t seem to make much sense, since science stemmed from philosophy to start with. Also, many world-class scientists, even in the modern times, are talking about things that are more akin to philosophy than anything else, in their scientific research (e.g. quantum physics, comsology, etc.). However, in the tech world it seems that we don’t need philosophy or morality so much, since everything is more or less deterministic and clearly defined. This questionable approach to the science-morality relationship has lead to significant issues when it came to moral decisions, that if we were more morally adept, they would normally be manageable, albeit not easy. For example, how should we treat a conscious A.I.? Or when is an A.I. really conscious, to begin with?

What would Hume say to us if he were alive today? Would he condone our morally challenged approach to science and its applications? Or would he write a series of treatises explaining an alternative approach to all this? Even if we do develop a highly advanced A.I., I doubt it could help us answer questions like these…