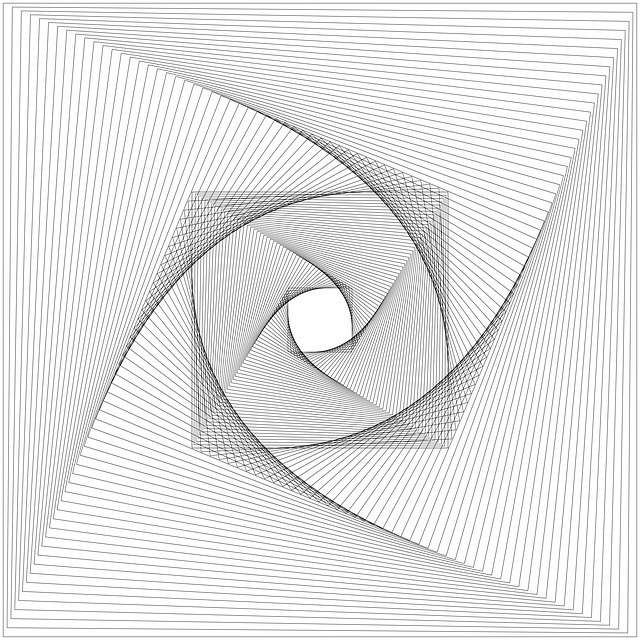 Recently I had some time to think (a bit more than I'm used to, thanks to the Covid-19 situation). After I exhausted all the things I had on my list, I let my mind wander on a topic that I've pondered upon a few years ago, when I first delved into complex systems: evolution. Note that evolution here has a different meaning to the Darwinian evolution, which has a very particular context. Evolution for me is a mathematical process that's more akin to computational biology than anything else. I even wrote a book about it (Evolution Dynamics), which I never published, however, since it was too niche. Anyway, I say all this so that you know that this is not some idea I had in the shower the other day but something I've been contemplating for at least a decade.

So, what is hyperthesis and what's the deal with such fancy terms? Well, hyperthesis is a state beyond the plane defined by thesis-antithesis-synthesis. It is a point of reference of sorts, related to the “observer” in Quantum Physics. Naturally, this idea, when applied to QP, it takes a very concrete form, namely the superposition concept.

The scope of hyperthesis, however, goes beyond QP. The latter is just a very niche application of hyperthesis and one that doesn't affect us directly. Hyperthesis involves all sorts of complex systems, namely systems that exhibit a certain level of unpredictable behavior. The latter is usually referred to as "irreducible complexity" a term often used by the scientist who delved into this subject more than anyone else (Dr. Stephen Wolfram).

Anyway, hyperthesis on its own is interesting and to some extent useful but it’s the dynamic aspect of it that is what's worth focusing on. Otherwise, it's just a philosophical notion that may or may not translate into useful knowledge. The principle of hyperthesis is the controlled oscillation between the states of thesis and antithesis until the synthesis state is reached. The latter is usually referred to as equilibrium and though not always static, it is the state of robustness in the system examined. I have developed a fairly simple formula (it has just three operators and two parameters) but I'd rather not go into the math of all this right now.

Applications of hyperthesis and its principle range across every field. However, not everyone is aware of these (after all, most people nowadays tend to be specialists and if they have a term for them, they are too obscure for anyone else to access them). Still, fields like Data Science and Artificial Intelligence (AI) are directly affected by this idea. I’ll talk more about this in my next blog article this Monday (May 4th). As I’m still new at the application level of this idea, I cannot provide any specifics at the moment. Hopefully, Ali 🐝 Anani, Brand Ambassador @beBee (who is more versed in complex systems than I am) could help in that.

Don't worry, I'm not asking you to get involved in this (unless you want to, of course). I just want to say a few things about how hyperthesis and its principle can be of practical use to a person, even if that person is not versed in science or math. Hyperthesis is a state of mind, one that is often referred to as mindfulness or non-attachment. When you apply will to a state of hyperthesis, i.e. you decide to act on something while you experience this state, you experience the principle of hyperthesis. Namely, you change your mind, oscillating between different views on a topic. As you gather more information and experience, you tend to limit these oscillations until you reach a more stable state (you've made up your mind on the topic). Naturally, this doesn't mean that you'll never change your view on this, but it shows that at least for the time being, you can put a pin on this topic and focus on something else. Once you have achieved equilibrium in every possible topic, your work here is done. Also, as long as you are applying this whole process, you are evolving (at least as a consciousness). Simple, right?

So, what’s next? Well, I've barely scratched the surface of this idea. I hope I didn't oversimplify it but I'd rather start with something borderline obvious than with something overly complex. After all, if there is one thing I've learned from complex systems it is that their basic principles are quite simple. The Mandelbrot Set (probably the most famous fractal out there) is an example of this. Anyway, this is my thesis on the topic (even though it feels like synthesis to me!). Feel free to explore it, even negate it, and come up with your own views on this subject. Cheers! 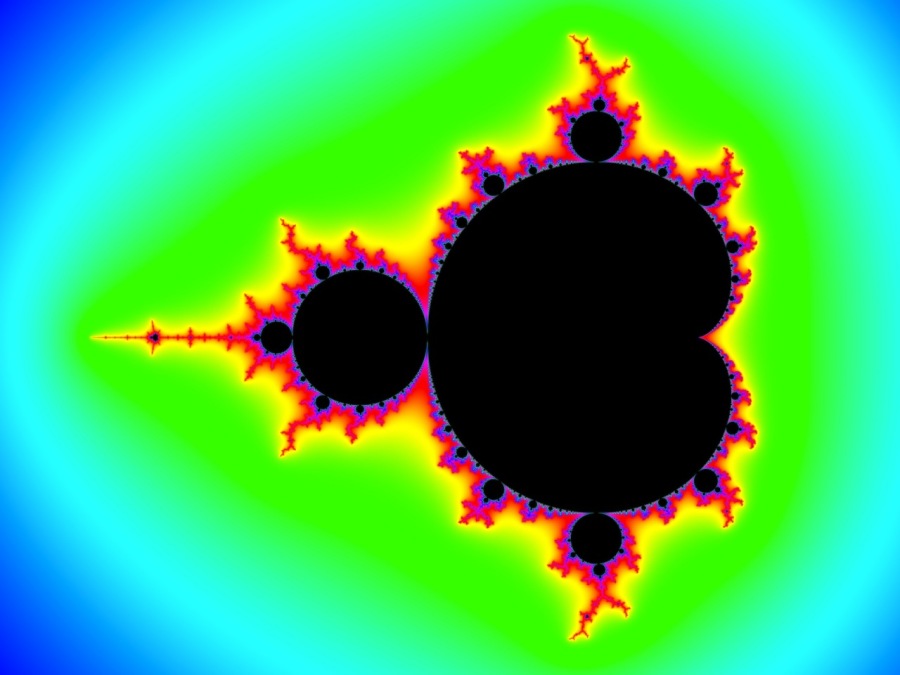 #8
It's funny you mentioned time, Harvey Lloyd. The original formula I came up with for hyperthesis involves time as the independent variable, along with two other parameters. It's a simple formula that's mostly conceptual rather than something that is to be used for solving specific problems, like a statistical model of sorts. Perhaps I can elaborate on this more on another article one of these days. Cheers

I like overlaying the concept of hyperthesis over the human consciousness model. I would think that if you are to transfer this thought from QP to the human domain then "Time" must come with it. Time is a major component that i sense we do not apply in hyper sensitive consciousness during crisis. Not physical crisis mind you, but rather consciousness crisis. A state where the future we once held is now evaporating. The time factor is critical in the space time continuum of consciousness. I exist in a space where others are making choices that impact my view of future outcomes. These decisions are made on a timeline. Where is that critical point that my choice or reaction would best serve in a win-win outcome. If consciousness is not given parameters of time then the formula always results to quickest way possible (Emergency). In a house fire or hurricane this is an effective means of processing. IMHO this is where AI will struggle. Parameters exist in real time that set forth a poor future outlook. But we need only the right "Response To Intervention" (RTI) but the timing of the response is also important. Example: In stress situations humans have a tendency to educate others. The time when we are least receptive to hearing or experiencing learning. Also branding assumes, if we can get the human in a sense of low future outcomes we can command their checkbook to overcome this view. In adapting the thoughts of hyperthesis we should consider adding the variable of time as part of the understanding. Although the construct of time is one humans created based on symmetry, in the world of consciousness it is a valuable tool as we inspect the environment we need to make choices in. You will need a lot of stoicism to add this variable.

My response Harvey Lloyd This is a glowing comment from A to Z. Reading your comment you reminded me of the post that @Zacharias 🐝 Voulgaris published today. Your comment provides two more examples of what Zacharias is mentioning in his post. Hyperthesis – The Quest for Equilibrium, Scientifically Speaking https://www.bebee.com/producer/@zacharias-voulgaris/hyperthesis-the-quest-for-equilibrium-scientifically-speaking The two oscillations here that shall appeal to Zacharias are: 1- can wade through my past or history and seek to find supportive narratives to my confirmation bias. Or i can venture into this same past with a mind that allows me to extract the true meaning of events. It is between the habitual past or the learned past 2- When i look at my past I can see every blind turn that supported success or see decisions that were counterproductive. I wonder what Zacharias would react to this great comment by Harvey.

#5
OK I then copy and paste them here Harvey Lloyd comment When we look at a ecosystem, say aquatic life, we can see that each species is adapting to a watery environment where, temp, oxygen and food all contribute to a preferred state. There is one thing this ecosystem can not do. Imagine a different state. Humans have the ability to reach beyond their experiences to produce different states and then to project these thoughts through money, activities and social attraction into success. Of course a negative aspect of this exists also. But the single point is that humans can choose to see it differently and act. In this acting out of an imagined preferred state, we accept the risk that comes with creating all the pieces required to go from thought to present. History has shown along with religion, philosophy and science, specific ways of achievement exist. We can look at two very different statements top explore these reviews of history. The individual is stronger because of the community? Or; The community is stronger because of the individual? Depending on which of these questions you ask will determine the lens you use to imagine the future. In the end, the eco-system we live within will be determined by the choice of question.

Zacharias \ud83d\udc1d Voulgaris Please read the comment by Harvey Lloyd on my post New Metaphors for Lifestyles https://www.bebee.com/producer/@ali-anani/new-metaphors-for-lifestyles#c17 I refer to comments #17 and my response #17 You shall be pleased, I hope, dear Zacharias.

#2
WOW! your comment is full of surprises Great is what you coined dear Zacharias \ud83d\udc1d Voulgaris. You are creative, I am glad that my comment was useful. Yes, the back loop is a field that warrants far more greater attention. You glowed my day

#1
If you haven't heard of this term it's probably because I've come up with it (in its English version at least). I had originally planned to write a bit about the word itself, but it would make the article even lengthier and it's already a bit long. I love the example you mentioned about the two brain hemispheres. I believe it drives home the point and it can be seen as a very good application of the idea. The oscillation between the forward and backward loop is something I explored within the field of Machine Learning, namely a data-driven dimensionality reduction method that can scale decently. I got an award for the paper I wrote based on that. So, the idea does have merit, at least in my field of expertise. Possibly in other areas too...

Zacharias \ud83d\udc1d Voulgaris I want first to thank you for two reasons. 1- For the mention of my name and the trust you have in me in your great post 2- For introducing me to a new term that I wasn't aware of- that is Hyperthesis I had to read your post more than three times to digest what you mean in this mind-blowing post. My quick thoughts here is that we do experience hyperthesis in our lives. Using the right and left brains is one example. Being introvert and extrovert is another example. We need to oscillate between the two pairs till we find our equilibrium. As for complexity what I can think of now (and this is a subject of a soon forthcoming post as I promised CityVP Manjit) is oscillating between the forward and backward loops. Newtons' third law states that “For every action, there is an equal and opposite reaction”. I extrapolate this law and coin the following say “for every forward loop there is an equal backward loop”. This is a kind of forced hyperthesis because the back loop may emerge later. I shall be explaining this soon. But in your case we need to oscillate between the two loops till we find our equilibrium. This is a rich topic and I need to delve more in it.