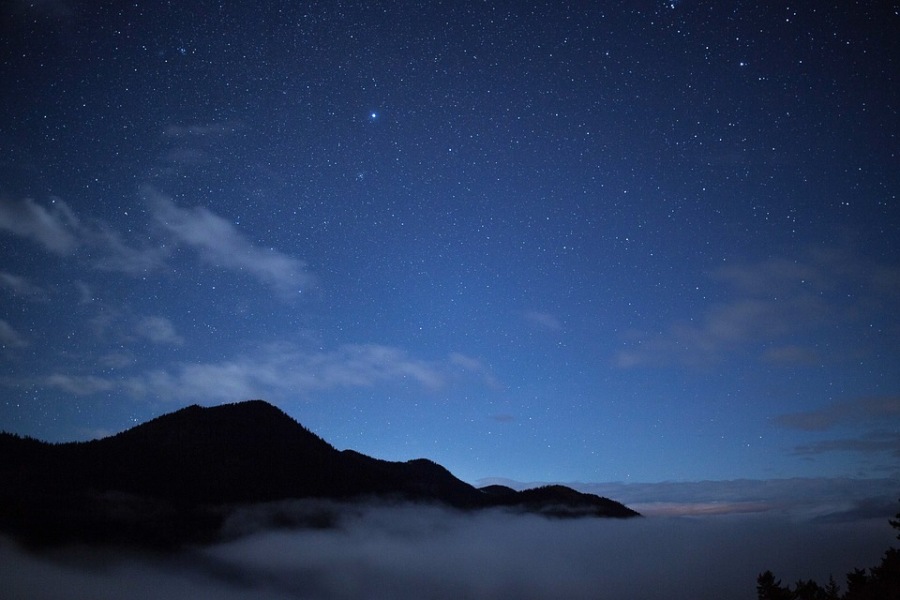 A British poet once wrote “every man is a star” and as every man is the manifestation of the idea of a human being (according to Plato), then the logical transduction that every idea is a star (at least in potential) is meaningful to consider. But what is it that makes some ideas great (and beneficial) and others having the life cycle of a fiery cocktail ornament? Why are some ideas like stars and others just like nebulae, planets or asteroids?

Going deeper on this analogy, an idea can be characterized by two macro-scale attributes: density and volume (mass, although fundamental too, is redundant here since it is the product of the other two). Density relates to how essential it is (i.e. full of essence) and volume with how useful effects it has. Clearly, a celestial body that is too sparse cannot last long since it’s quite flaky, much like most of the ideas that roam the web as well as the gatherings of futurists. Also, a very low-volume idea, although oftentimes dense, doesn’t really take off since it’s not that interesting (useful) to people, much like all these great ideas in physics and theoretical math. Although a low-volume dense idea is bound to be more lasting than a high-volume sparse one, it is clear that for an idea to be truly valuable it needs to be both high-volume and dense, much like a star in its prime. It doesn’t have to be particularly dense, but it needs to be denser than a red giant, for example, since the latter it usually associated with death.

An idea is dense when it has a lot of knowledge packed in it. This could be applicable or not, but how applicable it is depends on our means. The same idea that was inapplicable a few centuries ago (e.g. Leonardo’s mechanical drummer, one of the first robots to be designed that were not too difficult to implement) is now all the rage, as technology has caught up, enabling us to build even more complicated such machines. The idea however is essentially the same, even if in our era it is more developed.

An idea is of high-volume when it is (fairly easily) applicable, such as the idea of a network of vehicles which you can rent by the minute / hour. With smartphones having become commonplace and with the wide-spread use of plastic payments linked to online services, it is easier than every before to use a phone to pay for a logistics service, be it an Uber or a Mobike ride. No wonder the idea has caught fire lately with more and more cities having some variant of it in production.

Yet, there are also ideas that are more abstract, like some scientific ideas, which are still like stars, without being directly applicable right now. This may be due to lack of funding, rather than the technological means to implement them. These are the ideas that are the real goldmines in the VC world and the ones that are expected to add more value to the world in general, even if their field of application may seem trivial compared to other more profound ideas (which may be however overly dense).

Perhaps the beauty of ideas lies in their diversity and how they can all help, in their own way, make the world a better place. For that to happen, however, we need to develop the ideas, figure out their intricacies and how to best apply them with the resources we have. That’s where engineering comes in. Without engineers, even the most promising ideas would linger on the drawing board for all eternity. Perhaps that’s why inventors and successful entrepreneurs alike have a good relationship with engineering.

Finally, an idea may be inspiring, in which case we may consider inspiration potential as a third attribute to it (one that’s nearly impossible to measure, however). After all, not all essential ideas with high applicability take off. Once enough people get inspired by a certain idea, it can become a star, even if it’s a fairly unoriginal one, such as the idea of an online social network where you can interact with various people, oftentimes befriending them in the process (e.g. in the case of Facebook). So, inspiration may actually have a role in what makes an idea good.

I could go on for a while but I’d rather stop here. After all, it’s not a good idea to write a whole book in the form of a buzz! What are your views on this topic? Any ideas about how we can get more of these stellar ideas coming?

BTW, you should all check out Ali Anani's latest buzz, "Ideas Foam" where he explores this topic further...

Zacharias, The idea then is to generate more ideas here and on that base build a host of conversations. Sounds like a good idea to me!

#1
Thank you for your feedback Ali \ud83d\udc1d Anani, Brand Ambassador @beBee. Perhaps you can explore this idea further in an article of your own! I'd definitely like to read more about your take on this matter.

Zacharias \ud83d\udc1d Voulgaris- your buzz idea is both useful and fundamental. I liked your two scales of density and volume. This is a fertile thought as it opens the door for imaginative questions such as are some ideas like corn flakes? They have volume, but low density? Other ideas may be like snow- it has volume, but lower density than water? Some ideas are like water vapor-high volume, but negligent density. I better stop here.