Some Thoughts on Mentoring 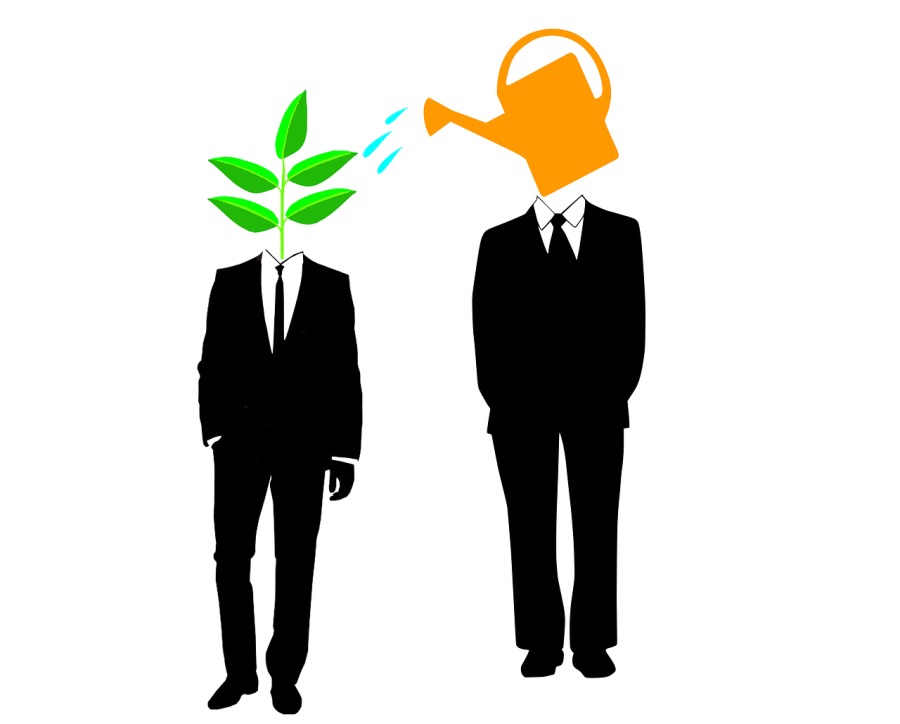 Recently I came across a post on a social medium that shall not be named. Although I’m generally cool about these things, I couldn't help but get frustrated about it, perhaps even a bit disappointed about the world. The post was about mentoring and how since you are not going to get a mentor anyway, you might as well do certain things instead, just like the many people who make it without a mentor.

Of course there is a truth in even this most absurd claim, since there are in fact many people who do well without a mentor and aren’t deprived of success even if they never experienced a mentoring relationship. We can all think of exceptional individuals who probably never had any mentors in their lives (e.g. Mozart) and yet they did just fine in their work life.

However, I’d like to argue that these individuals were the exceptions and that perhaps they would be better off with a mentor regardless of their talent. After all, a mentor offers more than just knowledge and know-how, he offers support and practical advice on a variety of things, some of which are hard if not impossible to acquire from a book, a course, or a job.

Before education became outsourced to specialized institutions, it was acquired through a more personal relationship. From the tutors of the antiquity who taught those willing and having the means to learn about science, philosophy and the arts, to the more modern journeymen who trained their apprentices in this or the other trade, the educational relationship has always been there. Perhaps it was something more than a fad, a transient social construct to facilitate a mechanical process. After all, even in this age of easy access to information, many people still seek guidance through various means of communication, including the web.

Naturally, there were always people who because of this or the other personal reason chose not to have a mentor, or ceased a mentoring relationship due to their circumstances. That’s perfectly acceptable as mentoring is usually a more informal professional relationship, governed by free will (to the extent people have it). When things don’t work out, it is easy to withdraw and adopt an attitude of self-sufficiency. After all, what’s more empowering than taking your life in your own hands? Yet, however empowering this may feel, whether it is sustainable is another story. How many people do you know that have the willpower to sustain this resolve throughout their lives? What happens in times of failure or when faced with an insurmountable obstacle in your work? It’s at times like these that having a mentor proves the most valuable. What’s more, having a mentor may help you handle these situations even when you are on your own.

What about those people who have things under control and have established themselves in their field? Does such a person need a mentor too? Perhaps not, but he probably had a mentor (or a series of mentors) at one point. Such a person may not need a mentor because he has become his own mentor, internalizing the whole relationship. That person may also want to give back to the community through mentoring, propagating the cycle in an organic manner, as an act of generosity towards the next generation.

Whether it is appreciated or not, mentoring has a lot to offer to everyone involved in it. Saying that it is something unlikely to happen or even irrelevant to your success is merely a sign that someone hasn't experienced it fully or has failed to learn the most important thing in professional work: that we are in this together as a network of collaborators, much like bees, rather than a bunch of competing disconnected individuals, like wasps.

#2
Well, if you can land a job in MS, probably you are mentor material already! Thank you for sharing your story.

I spent 15 years in Microsoft without a mentor because I thought the structured program had a lot to be desired and the mentors were not that good to be hones, apart from re-ashing stories and corpo speak banalities there was not much value in it. Now in my side gigs engagements I came across inspirational and talented people , a quick conversation an exchange a key note has been ten times more efficient in terms of guidance than a dull one to ones every month ... :-) the paradox was that I was getting numerous requests for mentoring

I agree with you Zacharias \ud83d\udc1d Voulgaris. Even we may think we have no mentors in reality we have. To give examples, exchange of comments on social media is indirect or direct mentoring. The authors earns from the comments. Seeking advice is also a way of mentoring. I just fail to see how a claim can be made that we need no mentors