The Dangers of Scientism 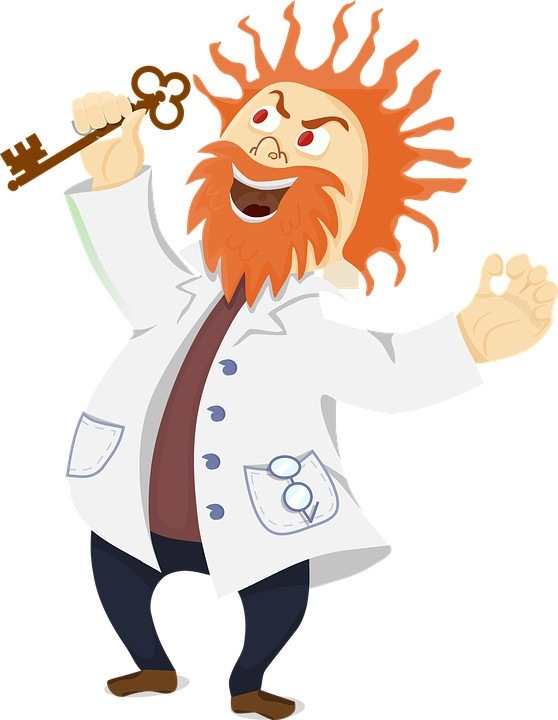 I've always been a big fan of Science, our collective pursuit of knowledge and its application in our lives. Even as a boy, I was always fascinated by the scientific method (first proposed by Roger Bacon, not to be confused with Francis Bacon, another genius in Britain). So, it's no wonder that I followed a career linked to science, even if it's not of the conventional path of academia.

I always cherished the open-mindedness of scientists as well as the healthy skepticism they exhibit, when it comes to a new idea, method, or model. After all, both are essential for creating new theories and testing them, so that they are not just theories but something we can rely on to further our quest for reliable knowledge. These ideas find their ways in many modern institutions, including the R&D labs of various companies. After all, science is not limited to professors and researchers in government-funded labs, which is probably why we see such an explosion of scientific innovations everywhere today.

One thing that all these scientists share is the rigorous approach to all evidence they are presented with and the fairly cautious approach to the conclusions drawn from them. Rarely would you see a real scientist boasting about a discovery and being 100% certain about it. Limitations to any theory and innovation are inevitable and sometimes so restrictive that even a breakthrough doesn't seem like a newsworthy thing at first.

Nevertheless, many people got infatuated with science today, thanks to all the "educational channels" on YouTube and other places, where everyone, whether he is qualified or not, can speak about scientific matters as if he is a professional scientist. This has led to the rise of a strange phenomenon that is often referred to as scientism, a quasi religious approach to science whereby scientific theories are revered as dogma, much like the gospels are viewed in Christianity by the masses. At the same time, scientism is directly opposed to anything that is non-scientific in its eyes, even the healthy skepticism that student of science may have towards a particular theory. After all, all scientific knowledge is subject to constant refinements and nothing is set in stone, an idea that the devout followers of scientism are not very comfortable with.

The champions of scientism are not scientists, not in the traditional sense anyway. They may have studied quite a bit of science and some of them are educated, but the mindset of a scientist is something that still eludes them. For them, science is all about facts and figures, knowledge that's easily digestible and educational videos on "reliable" places on the internet. These people worship Wikipedia, forgetting that just like any other site on the web that is run to maximize traffic and potentially revenue, it is not a real encyclopedia any more than a fast food joint is a source of proper food. When it comes to geographical information, it's pretty accurate but for other topics it's as unreliable as most blogs (no offence to blogs!)

Scientism disciples don't care about the truth that science tirelessly pursues. They yearn for the certainty of knowing things that science yields, forgetting that there is no such thing as 100% reliable knowledge. Even things that were considered undeniable, like the findings of Physics before the 20th century are now being questioned by scientists who have realized that the very fast (Relativistic Physics) and the very small (Quantum Physics) don't adhere to the models that scientists of the past, like Isaac Newton, have put forward. That's not to say that these true geniuses of science were wrong, but the models they created don't cover all the possibilities out there. Some people choose to be inspired by this as it underlines the vastness of our world, while others are inherently uncomfortable by such a realization. The followers of scientism fall into the second category.

There is no key truth that a scientist can grasp and hold onto forever (like the cartoon I used depicts). This is a fantasy that is embraced by the believers of scientism. Science is a long, arduous journey to gradually unveil the truth, which may or may not be what we expect. It's a constant effort of reasonable doubt, understanding, a eureka moment here and there, and then more of the same. And if that doesn't sound so exciting, I'm sorry, but that's science, which is why it is not for everyone. If you want something exciting and/or entertaining, there are plenty of things to read or watch. Just because some people have managed to popularize science through insightful documentaries (e.g. Carl Sagan), it doesn't mean that everyone can do the same, at least not without risking of turning this noble endeavour as a source for likes and easy money, through platforms like YouTube.

Science is something that helps us all, whether we dedicate our lives to it or not. Much like Art and other aspects of human civilization, it is a holistic and powerful thing, which can help us all grow more humble and curious, when thinking about our world. Let's not let the parasitical movement of scientism take that from us, in an effort to address its own dogmas and insecurities.

You make a good point, Zacharias \ud83d\udc1d Voulgaris, about the Scientism that infects us these days. But I would add that it infects a high percentage of papered scientists as well, namely, those who lose sight of the difference between supported theory and established fact. Most of the time the "truth" of a theory is inferred from how well it explains and predicts (or retrodicts) directly observed facts. But the inference is never 100% certain. Which is a vagary that the true scientist lives with for eternity. Cheers!

#4
I agree, though the only way to prove it's never ending is if we wait for an infinite amount of time, something we may be unable to do since the universe is bound to "retire" by that time!

Zacharias, One minor quibble. In my view science is: a NEVER ENDING journey to gradually unveil the truth,. And so it goes.

Thank you Ali \ud83d\udc1d Anani, Brand Ambassador @beBee for your insightful comment. In my experience, people who get fanatical about science are not those who apply it much, like a chef would, for example. People who become science fanatic (followers of scientism) tend to just still to the theories and the facts, rather than the applications of science. If someone has tried building a steam engine, for example, like many of the mechanical engineering school do, he wouldn't care about linking science to ideology since he would be more fascinated about the usefulness of science, rather than its abuse as an ideological tool. The point about social sciences is a valid one. I don't know much about these fields but I'd be very much interested to learn, if anyone has some information on this topic. Cheers

Thank you Zacharias \ud83d\udc1d Voulgaris not only for sharing this buzz, but also for introducing and explaining the word scientism for me. I wonder if this only applicable to conventional fields of science, but also includes social sciences as well. The science of social media is one example. The problem is compounded when science and art are mixed. One example is cooking as it is both science and art. Moreover, the linkages between science have gained momentum and we find social sciences, for example, include data extraction and visualization, statistics, computer science, neuroscience and even "pure" sciences such as physics, chemistry and biology may be applied to unlock social mysteries and behaviors. So, when scientists may be discussing the scientific part the artists may be studying the art part. I shall not be surprised to find new names being introduced such as "socialism", in analogy to scietism. I love buzzes that make me think as this one does.