The Price of Inertia with a Colorful Example from Theater 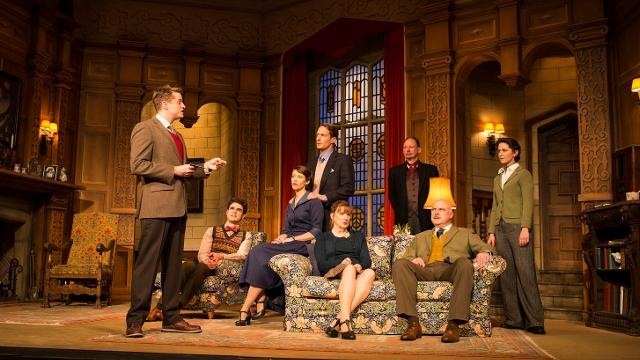 Alright, inertia may not be the best choice of word as it has connotations with Physics, something many of you may not find interesting. However, I refer to it in a very applicable and relatable manner about real-world situations. So, let's define inertia as staying on course, usually in idleness, in a passive observation kind of role, as various situations evolve around us. In other words, it's the lack of application of willpower and the option of taking a stance on a matter, which may not concern us directly but affects us in the long-term.

I can write about inertia all day, but I get the feeling no one likes reading about it in the abstract. So, I'll use an example from Theater, namely the play "Mousetrap" by Agatha Christie. The Mousetrap is the longest-running theater play I'm aware of and one of the most popular works of the famous British author. Its charm crosses borders and appeals to all kinds of people, even if it takes place at an English guest house in the early part of the previous century. If you haven't watched it, I encourage you to do so (even reading it is worth it, considering how going to the theater these days isn't a viable option!). So, I'll try to use this as an example without giving away any parts of the plot that would spoil it for you.

In this theater play, there is a group of people in a guest house, who don't seem to know each other at all. The guest house, which is located in a satellite town of London, is run by a young couple who have no experience in this line of work at all. It so happens that this is their first day on the job, and they aren't quite sure what to expect. Interestingly, that same evening there was a murder that took place in the capital city, and the murderer is on the loose. To make matters worse, this person is a maniac and is bound to strike again since he (or she) seems to have a plan, based on the evidence found on the crime scene. Yet, the people in the guest house don't consider the gravity of the situation seriously, even if a bobby visits the place to offer police protection. They are all too busy ignoring the matter and debating the possibilities that it comes as a shock when one of them gets murdered that same evening, probably by the same person who committed the murder a few hours ago in London.

Now, you could say that people back then were more innocent and didn’t suspect criminals to strike out of the blue, especially in the countryside. However, not too long before this fictitious story took place, there was a serial killer in England who managed to murder several women and get away with it (someone known as Jack the Ripper). That’s just one case that was famous enough to make the papers, but it was certainly not the only one. Still, people tend to focus on the reassuring facts, staying inert, rather than be aware of the malicious individuals that roam the area. As a result, when those criminals strike, they do so without much resistance and often go about their evil acts unsuspected and even unpunished (particularly if they don’t get caught).

Perhaps this is the price of inertia: we get comfy and are too trusting, ignoring the danger that lies nearby. The latter may take the form of a seemingly normal individual (as in Agatha Christie's play) or a group of such individuals, veiled by the mask of authority and the relentless praise and attention of the media. That's not to say that anyone on TV is evil or a dangerous person, but just because someone is well-respected in society and appears to be friendly and helpful on TV, it doesn't make him a benign person.

To counter such threats, we need to tackle inertia and be more vigilant. We can still trust many people, especially those we know well and have interacted with, but be more cautious of all those who offer panaceas and other extravagant promises that would save the world at large. Something to think about...

Zacharias, Passivity is, I think, something we humans desire. In a life with potential disaster all about our primitive brains yearned for the ability to not be on guard all the time. Seems to me we haven't changed. Perhaps the environment has or maybe it is our perception of it. And so it goes.

#1
You are right. That's why I defined it here so that we are all on the same page. Perhaps "passivity" would be a better word for what I'm describing. Thank you for your feedback!

Inertia isn’t always a bad thing, Zach. Sometimes staying focused and on course, at a steady pace, is what we need to conquer mountains. It’s when we need to carefully consider critical interruptions, deviations, alternative paths or solutions that inertia fails us and adaptability, flexibility, change of pace and novel thinking become more important attributes.