The Real (Mental) Virus behind Covid-19 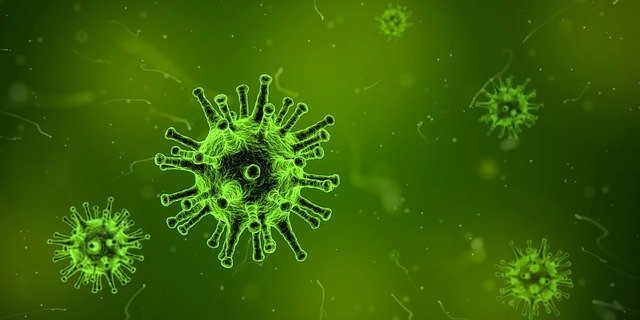 Lately, the Covid-19 situation (I wouldn't go so far as to call it a real pandemic for reasons that will become evident later on) has taken roots in people's minds growing at an exponential rate. However, as I mentioned in my blog yesterday, using Bayesian Stats to explore the severity of the situation in a particular city in Italy, things are not nearly as bad as they seem. The reason is simple: the reported cases of victims of this virus are grossly overestimated while the methods used to test it are enormously unreliable (in the example in my blog I assumed a 99% precision, which is quite generous, yet in most tests for the virus the precision is much lower). However, even though mathematically the whole matter is more like a demonstration of the media’s utter incompetence in demonstrating the situations in its true proportions, people remain convinced that this is one of the four horsemen of the Apocalypse.

Perhaps people have a hard time understanding that just because some person in a white coat believes something it does not mean that they are correct. There is such a thing as a false positive and it's more common than people realize. For the Covid-19, for example, based on an analysis of 167 cases of people who tested positive, 5 of them were found to be fine (in terms of the particular virus). Also, a leading radiologist called Dr. Lakhani warned about the CT scan being ineffective on its own as a diagnostic technique and that it should be used in tandem with other predictors (link to article). However, how meticulous the analyses done in China during the original outbreak were is something open to interpretation. In fact, if you can find a reliable source anywhere on the web that talks about the efficacy of a single test (in terms of precision) based on real-world data, you need to be congratulated.

The more someone digs into this matter, from an unbiased perspective, the clearer it becomes that the whole matter is like a bad sci-fi movie than a reality, with data about it being circumstantial at best, while the scientific method being very loosely used in the analyses or the reporting of the cases found. Of course, some people may have died from it, but whether they constitute a large enough sample to be a) statistically significant and b) worthy of being called a pandemic, is questionable.

That’s why it’s perhaps better to examine whether this panic surrounding the phenomenon is the real issue here. Dr. Ian Weinberg wrote a great article on the topic focusing on it from the standpoint of the individual. Maybe this whole situation is nothing but the action (or more accurately the reaction) of fear addicts trying to get their fix and the media exploiting the matter accordingly. There is no doubt that some people are making huge profits from this whole situation while the toll on the average Joe goes beyond the psychological level. As for the social implications of this situation, Dr. Ali Anani describes this better than I can so check out his recent article on the topic.

So, instead of participating in the fear-mongering of the Covid-19 phenomenon, it would be best to see it in a positive light. Namely, you can act constructively (instead of reacting in whatever way some expert says) by looking at how you can improve your immune system. Also, you can become more mindful of potential health risks in your environment (in a level-headed way), putting in place certain protocols when necessary. After all, just because the Covid-19 situation is blown out of proportion, it doesn't mean that we should go to the other extreme and grow complacent about our health. Still, we can be mindful of our well-being without raiding the local grocery store, depriving our fellow citizens of products they need too, such as hand sanitizer, multi-vitamins, and even toilet paper. Just because some people think that the end of the world is coming, it doesn’t make it so. Let’s not lose sight of that!

#12
Indeed! Personal hygiene is important, regardless of what pathogens may or may not be in our environment. If we all have good habits to foster well-being, such situations would be next to impossible on any level. Stay healthy!

#10
John Rylance Franci\ud83d\udc1dEugenia Hoffman, beBee Brand Ambassador my "universal maxim" is seek TRUTH & speak truth Use common sense ... which has increasingly become uncommon News flash !!! "fake news" exists ... it is even a prevailing "wind" This is so true: people hear what they want to hear ... they see what they want to see TRUTH is not the standard or measure

#10
It seems it's more important to isolate ourselves from the media then fret over who has the coronavirus. Of course, we still have to use our common sense like hand washing, etc.

#9
All of which confirms the Universal Maxim. Never let the truth/facts get in the way of a good story.

#8
I wholeheartedly agree. The only thing is it rather suggests that we concur with Trump that fake news exists. It boils down that we belief what we want to be true, and dismiss what we don't. Today in my local supermarket the shelves are overflowing with toilet/kitchen paper. I'm tempted to self-isolate if not entirely, at least from all branches of the media.

Great insights as i have been following this myself. It does appear that media is short on facts and long on branding. Branding sells commercials facts dont. I took a day and researched as much as was available and found a host of extreme positions. As for facts it was pretty slim. Great piece and we do need to consider hype over fact.

Not participating in fear-mongering not only benefits others but ourselves, as well. The media reports the news whether it is accurate or not. I agree with Lyon Brave, the media is overreporting thus creating a situation worse than it is. Zacharias \ud83d\udc1d Voulgaris and thank you for your calm and reason as written in this post.

Zacharias \ud83d\udc1d Voulgaris Thanks for your calm & reason Zacharias ... wisdom & discernment is so precious in any challenge or storm and Peace from the Prince of Peace You are right it is like a bad sci-fi movie ... and the global markets are now involved in the scenes playing out Fear exacerbates and magnifies any situation ...

#5
John Rylance The thought that occurs to me is that given the content and lack of truth in so many "news" papers ... perhaps using them for toilet paper would be very appropriate ;~)

#3
I agree. The Press showing pictures of empty shelves that should have toilet rolls on them, when those shelves would have fresh supplies on them the next day. The use of words in headlines like rationing, a word brings to mind WW2, when they could have used limit the number bought. The point being unlike WW2 rationing meant having less than would be normal, the limit number was more than a family would buy each week. The thing I don't understand why panic buy toilet rolls. You can't eat them. Anyway if the Press are citing WW2 situation, then instead of toilet paper we used pages of newspapers

Thanks for the kind words Zacharias \ud83d\udc1d Voulgaris Appreciate your contribution as a voice of reason.

Yes. I think the Media is really overreporting it to the detriment of people and life.

Dear Zacharias \ud83d\udc1d Voulgaris This is a great post and I am truly honored to be mentioned in it. There are two points in the post that attracted ,y attention. 1- Your writing "Perhaps people have a hard time understanding that just because some person in a white coat believes something it does not mean that they are correct". This is very true and reflects one key issue in my post as people tend to surrender to rumors regardless of their credibility or source. We rush instead of calming ourselves to think constructively. This issue you covered later brilliantly as quoted below from your post. 2- "So, instead of participating in the fear-mongering of the Covid-19 phenomenon, it would be best to see it in a positive light". This is very true and as you explained in the post it starts with the individual and what he/she could do. Great thinking in this post and so I am sharing it

Ali \ud83d\udc1d Anani, Brand Ambassador @beBee, you are both mentioned in this article, which I believe ties very well with your own recent work. Feel free to check it out!