Tribute to John, a Writer/Mentor 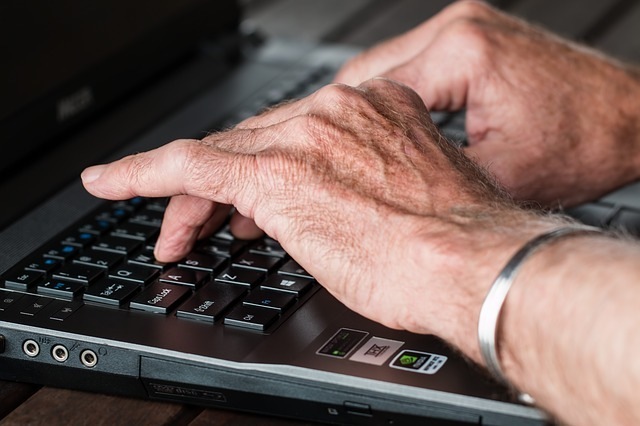 It was a time long ago, long before writing mentors were in abundance and easy access. I wasn't even particularly tech-savvy back then, though I had my way with the pen and its most common digital counterpart: MS Word. A friend of mine, who worked as a waiter at a local tourist bar (those bars that locals wouldn't ever go to as they are too pricey and don't have that much to offer), told me about this peculiar fellow, John, who was a keen writer from abroad. He suggested I meet him since he's an interesting fellow, and since I was into writing, maybe I could learn from him.

John was a tourist of sorts, though he stayed in my city* longer than most tourists would. He was what we'd call today a digital nomad since he wasn't just enjoying the various sites, the lovely food, and the beautiful weather the city had to offer; he was also working (!) something entirely unheard of back then. John wasn't just jotting things on a notebook, though, since he even had brought a computer with him, that new portable kind that no-one I knew could afford. Then again, he came from a land far away, where technology abounds, a place where working as a writer while in a different time zone was something some employers would be comfortable with, even if they weren't as commonplace.

So, I went to that tourist bar to meet this John fellow and see what he was about, mostly out of curiosity. John was sitting at a table close to a power outlet, probably the only one in that part of the venue. He was working on a book or something, though his main occupation was a financial writer. Still, he had broad interests and was very knowledgeable of various things. At a time when being able to talk about niche topics wasn't something easy, unless you were well-connected, this was like manna from the heavens.

We had various insightful conversations. John taught me about the potential this web-mail technology had and guided me as to how to do a proper search engine query. Also, he took the time to read a manuscript of mine (I referred to it as a novel though it was way too small to be classified as such, yet it was a completed book I had written a few years back). He gave me some useful feedback, and I was eager to try my hand out on a new one. When he left Greece, he traveled to India where he spent another considerable amount of time. His girlfriend back in California must have been the most patient person on the planet!

A few weeks after we said our farewells, I received a package. Those days, before e-commerce was a real thing, receiving packages was rare, especially from other countries. It was a book John had sent me from India, something he probably picked up from there. His note said something about how this could help me better understand the geopolitical situation of that country, something I had a strong interest in, particularly when it came to British involvement (I was intrigued about the history of the country, especially for that period of history).

There is no doubt that life got richer since then, as technology and traveling have made things easier for something wishing to educate himself and learn the ways of the world. Also, writing opportunities were abundant, and as meeting up with other writers through places like Meetup.com was more convenient than ever, it wasn't long before I was able to write something decent and publish it. Yet, no technology in the world could make up for the magic of inspiration that comes about when having a good mentor, even if it's for something you see as a hobby. After all, there are plenty of people like John out there. I hope each aspiring writer finds his/her such mentor one day. Cheers!

* Chania, the capital of the region of Chania in Crete, Greece.

#10
I prefer the term "mentor" too. Sponsor is reminiscent of AA meetings if the TV shows and movies I've watched are to be trusted :-)

#9
Interesting distinction, Zack, and I can see there may be benefits in using both terms, but 'sponsor' is not a term we use in engineering here in Oz, where 'sponsor' is more reserved for a donator of funds for charity. Needless to say, with my tight-fisted Scots background I 'mentor' rather than 'sponsor'. Anything to avoid spending money. 🤣😂🤣

#8
I agree. That's why often in the work environment there is talk of sponsors more often than mentors. The former is vested in the newcomer's success and has expectations, while the latter is just helping out as an act of generosity.

#7
Mentoring outside the confines of work requirements is undoubtedly “an act of generosity”, Zack, but mentoring is a necessity and formality in many work environments. The generosity comes when the mentor takes additional time to explain to and show patience with the mentee, rather than adopting a dogmatic approach.

#6
Indeed Ken. Mentoring is often field-specific. Obviously, a mentor in a highly technical field like yours would be more geared towards providing guidance and advice on very concrete matters related to the skills involved. When I engage in mentoring with Data Analytics students, I follow a similar approach. It's less story-reading and book-gifting and more specific points of improvement on projects, cover letters, and methodology (including SQL and Python programming). At its core, however, mentoring is an act of generosity, in my experience. Cheers

I have been grateful over the decades, Zack, for the advice and guidance of many mentors in my engineering career, assisting me to learn the formulation and presentation skills of specialty geotechnical report preparation and writing. Furthermore, the ‘factual’, ‘interpretive’ and ‘opinion’ components in such writing require the author to master the art form of unambiguous clarity, while minimising the ever increasing risk of litigation. Different skills perhaps from those of the entertaining novel writer, but requisite of guidance and mentoring nonetheless. For me, however, the most important benefit of having received patient and explanatory mentoring is to now be able to pass on this knowledge to younger colleagues, while in the twilight of my career.

I have been grateful over the decades, Zack, for the advice and guidance of many mentors in my engineering career, assisting to learn the formulation and presentation skills of specialty geotechnical report preparation and writing. Furthermore, the ‘factual’, ‘interpretive’ and ‘opinion’ components require the author to master the art form of unambiguous clarity, while minimising the ever increasing risk of litigation. Different skills perhaps from those of the entertaining novel writer, but requisite of guidance and mentoring nonetheless. For me, however, the most important benefit of having received patient and explanatory mentoring is to be able to pass on this knowledge to younger colleagues, while in the twilight of my career.

#1
Thanks, Pascal. Also, for the share! I watched this new movie recently about this writer (starring Meryl Streep) and got inspired. I figured since I'm practicing gratitude this year, I might as well say something about John, even if it's been 20 years or so since that time...