Why Pigeonholing People Is a Terrible Idea 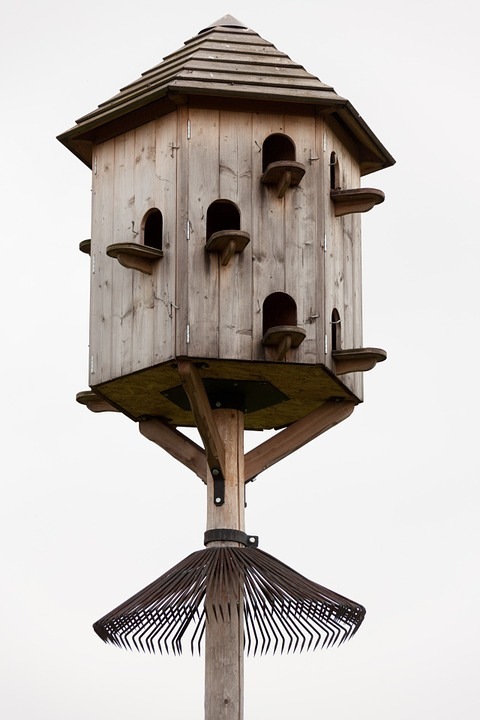 It’s normal and quite acceptable to put things into categories. Much like pigeons going into their particular nests when it’s time to rest, things can go into a specific location in order to ensure order and tidiness. However, when it comes to abstract entities or entities that don’t fit into just one location, employing the same strategy is problematic at best. That’s particularly true when it comes to people.

Of course, nowadays everyone wants to be branded as X or Y (sometimes both!), while the idea that someone who is X cannot be Z, or that Z is not nearly as good as Y, is quite dominant, especially when it comes to types of people. Hence all the division we are experiencing in the world today, based on the arbitrary lines we draw around ourselves to define the pigeon holes we want to be put in and let them define who we are. What’s worse, sometime we don’t have a say about these boxes since it’s become common enough to see them around people so if someone doesn’t have such a label, that person is weird and makes us uncomfortable. People just don’t like generalists so much, which is why the versatilist option is so much more popular, at least in the tech world.

The bigger problem, in my view, is when science joins this silly game and starts pigeonholing people too, based on some “research” that some overly stressed and grossly underpaid researcher did, to get yet another publication on his/her CV. Genetics can tell a lot about one person but the moment they start defining us and dictate what we can and what we cannot do is when they become a seriously dangerous thing, akin to the dogmas that brought about brutal conflicts in the past.

Nowadays, we the increased exposure we have to other cultures and other belief systems, it’s become so much easier to transcend those things that divided us in the past. Even attributes like that of religious affiliation are not absolute, since it is possible for someone to adopt a new religion today (or even start a new one if he is ambitious enough!). As for nationality, I’ve seen many citizens of one of my countries change their nationality, or at least consider abandoning it at one point in the future, since getting a new one is not as challenging as it used to be.

Yet, despite all this flexibility we have today, we have people pigeonholing us into this or the other box. For example, in an article I read recently in a reputable blog, the “scientifically” backed message was that you must be a morning person, or a night owl! Why can’t someone be both? I’ve actually witnessed someone changed his/her gender and yet whether someone is not allowed to be a morning person if he is born a night owl, or vice versa?

Perhaps some people just feel more comfortable with everything around them being in this or the other box, indefinitely. They cannot stand the idea that things change or that someone who used to be a tea fanatic can now be a coffee person. But guess what! The whole world is in a state of flux, constantly. Someone famously said that change is the only constant in the universe. So, expecting people to be fixed in this or the other pigeon whole is naive if not entirely unreasonable.

#6
https://www.youtube.com/watch?v=IcaUA6A37q8 This video was hard to find, i watched it a few weeks ago and somewhat shed some light on your thoughts. Helping others to become self aware in leadership is one thing, in your role it is quite another. Leadership deals with a successful path in the material world, where you are fighting for the client to be successful in life. Cant speak from your world but from leadership the return or reflection of a job well done is elusive except in your own terms. The amount of work that goes into thought and execution around any success is daunting at best. This layer is rarely seen by others.

#4
Thanks Harvey Lloyd I agree it's hard to deal with the internal default to fight or flight. Part of my job is to bring this to my client's awareness & if they are willing - to help them adjust their levels of intensity. Like you being aware of what I value, helps me to choose my "reactions" ! It's harder to do when I have too much work to do or am physically ill. I noticed this recently & my state of mind & evaluation of others changed when I didn't receive support from those close to me. I learn something valuable about myself during this time. As a person who mostly supports others in my job & in my personal life, I can't expect that in return as a given.

Zacharias, Yes, pigeonholing people is not a good idea. But, it is human nature. The trick, I believe is to use that nature by accepting it and then looking hard at it. Figuring out how to cope with a person that display an identifiable set of character traits is only possible when you recognize the traits.

I think Louise Smith introduced the fight or flight necessity of the labeling/stereotyping. I don't know that we can get rid of this internally. I do believe though we can alter our reaction to the thought or paradigm. I think for me and my evaluative effort of recent phenomena of identity politics/crisis is found in value. We certainly don't find mud pancakes as valuable in an adult society. We also don't see folks attempting to be one nor sell any of the benifits. Within identity association we find meaning, value and the camaraderie of others. There is something about a crusade against something that value can be derived. So through identity we can assess very quickly friend or foe. This also now aligns the conversation in converting or crusading against. Great post and thoughts. It is an ever growing concept that history review shows doesn't end well.

Thank you for the share Ali \ud83d\udc1d Anani, Brand Ambassador @beBee! It's interesting how when it comes to how we as humans are different from other species on this planet, science seems to throw the towel, as it focuses on our similarities with other species more than anything else. When however it looks at the minute differences in various subgroups of our species, it makes them out to be astronomical, as if we all come from different planets. Something to think about...

I shared this very thoughtful buzz Zacharias \ud83d\udc1d Voulgaris. The issue of genetics and labeling people accordingly is a biased one and is unfair. I heard generalizations that all (name few countries) are dull or stupid. When we fall prey to such conclusions our thinking becomes disrupted dangerously.