Why Space Travel Isn't All That's Cranked Out to Be 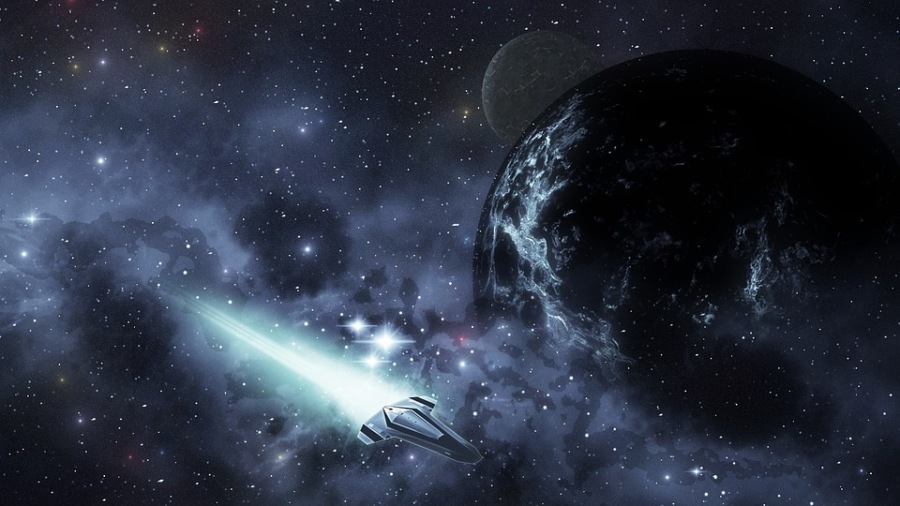 Lately there has been a lot of interest in space, especially the possibility of travelling through it, both for exploration and colonization purposes. And if you'd ask me about this a couple of decades earlier I'd be all excited about it as I've always been a big fan of space, particularly Astronomy and the practical applications of Astrophysics. However, the way it is marketed today is not only misleading but also worrisome.

First of all, let's make one thing clear. I'm not saying that space travel is bad or that it shouldn't be pursued at all. I'd like to roam the stars just like any other sci-fi fan out there! However, I believe there are other more urgent matters for our species to prioritize, matters that could be problematic if left unaddressed.

For starters, there is the issue of climate change (or global warming as it is sometimes referred to). Whether this is something natural or not, I don't know. I tried looking for any information-rich data on the matter once but hit a brick wall. So, unless I can examine this matter in a methodical manner, I cannot ascertain the extent to which this issue is due to our own actions or not. Whatever the case, the issue remains an important one because regardless of what causes it, climate change is happening and even if it's not as evident at times, by looking at the macro-scale of this phenomenon, it is clear that there is something the matter, something that is affecting our lives. Perhaps fleeing to another celestial body would be a solution to some people (those with enough money to afford such a voyage), but this solution doesn't scale very well, no matter how optimistic some sci-fi films are about it. Yes, maybe in a few centuries everyone will be able (in theory) to jump aboard a space ship, but at that time Earth may be already uninhabitable.

In addition, there is the socio-political situation that seems to be more and more wide-spread. I'm not talking about just the economic recession which appears to be more global than economists make it out to be, but also the social and political disturbances that are linked to it. Whether there is a cause-effect relationship, I don't know. Perhaps a social scientist would be better at answering this question. However, the fact remains that society in general is quite unstable and fragmented, while politicians don't seem to have any long-term solutions to the issues they are opting to solve (at least in theory). Will space travel provide a solution to any of this? Probably not.

What's more, the matter of uncertain circumstances in the ecosystems the space travellers are pursuing for colonization is something that doesn't receive nearly enough attention. Sci-fi films make it out to be a straight-forward process, while the technological advents we are experiencing make us think of ourselves as invincible, but how much do we really know about other celestial bodies? After all, we are still discovering things about our own planet while we have failed to colonize it in its entirety still. What makes the colonization of other planets so much more feasible? What about in the next few centuries? How certain are we that there won't be a catastrophic quake, for example, in the planet we choose to colonize?

Finally, there is the matter of logistics. Space travel is expensive and even if Elon Musk and other future-minded entrepreneurs make strides in lowering the cost of launching a rocket, it's still not going to be an economic solution to the vast majority of the population. Also, even if you somehow manage to get this golden ticket to another planet, how will you manage your assets here on Earth? And what if you get homesick? Will you be able to pop into a space shuttle and take a trip back home to visit the folks? Somehow I doubt it. A space trip is bound to be one-way for the foreseeable future, with no guarantees about it at all. And no amount of resources to your avail is going to change that.

Perhaps space travel is one of those things that deserves more long-term planning and careful consideration, much like the powerful technologies of our time (e.g. Artificial Intelligence). Just because we could do it, it doesn't mean we should, at least for now. We can still send unmanned probes in space to gather more data and broaden our understanding of the cosmos, but perhaps it's better to keep our feet on the ground, both figuratively and literally. After all, there are other great scientific fields to pursue here on Earth, some of which can help better everyone's lives instead of aiding the escapist fantasies of the few.

I, myself, don't care about space travel. I just want to play with water in zero g. Perhaps I will put a Zero g flight on my bucket list.

#19
I know Praveen Raj Gullepalli - hit delete too many times, will this cheer you up? Goldfish - Moonwalk Away https://www.youtube.com/watch?v=wbNJR2JYn7I Hope you like it too Zacharias \ud83d\udc1d Voulgaris

#14
Preston \ud83d\udc1d Vander Ven - it's the creepy grays who have a station on the far side of the moon... so therefore it would be a wee bit difficult for us to build our own station on the other side!

#11
Luke, (hoowhohgoshl) I am your father, Luke... Praveen Raj Gullepalli see you on the flip side (aka the dark side of the moon...)

#7
That's the problem Jerry Fletcher - this whole faster than light thingy is hectic and d-jumping, eish don't let me get started on that one. Been practicing d-jumping etc. since the early 80's. (Check out Many Coloured Land Series by Julian May).

#5
Preston \ud83d\udc1d Vander Ven - hmm colonising the moon, great idea, but there's a whole bunch of moody mf's who are on the dark side...

Zacharias, I think you may be right but I've always been taken by the finality of space. If you make a mistake you're done. Vacuum has a way of pushing us toward the longer term thinking we need here on Earth in my view. And so it goes.

Presumably, more than space travel, there should be spread of harmony across the world.:)

Ah "Space the final frontier". It is a place of great mystery and intrigue as we look out into the stars at night. The mind seems to wander almost every time to things greater than humanity. On an earthly scale this would be called target fixation. Somehow along the way to the capitalist market we forgot about the real priorities. That group of priorities at the macro level where societies learn and execute sustainable views of the future. Your thoughts bring up a great issue within our sustainability. I believe every person on the planet would agree with one statement. We are not living in sustainable times, we must change. Environment, finance and socially we are in a wreckless time that is unsustainable. So i believe we have agreement across identity groups, if we can let the monkey brain take a nap for a moment. The issue lies in solution to unsustainable earth living. For some reason we cant sit in front of an issue describe its functions, outcomes and social evolution that is required to make it sustainable. In 1966 Time magazine began the question of "Is God dead?" Churches today are suffering with low attendance and growth. Pick another topic about sustainable living here on earth. Imagine the media getting behind the fact that Racism, sexism white privilege colonialism "dogma" and all the other isms were dead. What would happen to the many organizations, politicos and warriors of what is wrong with earth do? Sustainability has become a big business effort that tends to become money making more than about sustainability. So our first goal in discussion would be to remove the sustainable money making of those who profit from the sustainable earth/social movement. Second would be to get the facts, discussions and possible solutions on the table that include evolution into the solution. The pain of change is directly related to the time given to evolve towards the solution.

Zacharias \ud83d\udc1d Voulgaris - I have been thinking and saying this for years - although definitely not as eloquently as you! We have a really beautiful planet here, let's sort that out and make sure that everyone has enough food to eat, clean water to drink and wash in and a roof over our heads. If we can't get the basics right before we head to the stars, then it's a fuck up.

Zacharias \ud83d\udc1d Voulgaris- I like the idea of the buzz and this line "Just because we could do it, it doesn't mean we should, at least for now". There are enough pressing social , economic and environmental issues to solve for now. Yes, long-term planning for space travelling is acceptable as long as it doesn't sponge the financial and human resources to solve the problems of today.