Why the Social Distancing Measure is Counter-productive 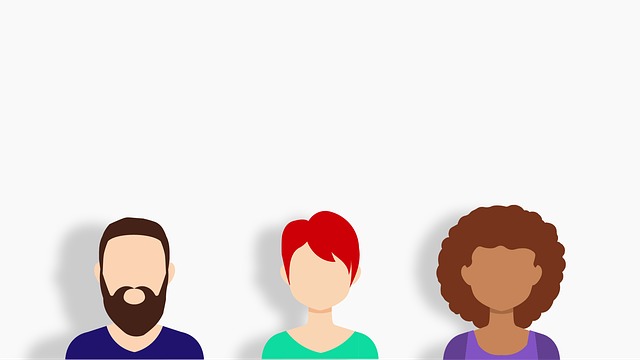 As the Covid-19 situation has occupied the collective consciousness (and perhaps even the collective unconscious to some extent), various measures have been proposed to contain the situation and avoid its spread. Of course, none of these measures have been tested for their efficacy but as people are in fear they are happy to try out anything that promises to alleviate the situation and mitigate the risk of getting infected by this disease. The latter has one of the lowest fatal risks of any flu-related pathogen in the last decades, yet in people's minds, it's the manifestation of a serious issue of unprecedented proportions.

In any case, although many measures against this virus are ridiculously weak (e.g. the majority of masks are not effective unless changed regularly, while disposable plastic gloves don't do much either), this social distancing measure wins the prize! Being in proximity to other people, especially people you are psychologically close to, is found to have a positive effect in one's mental health as well as in one's immune system. Isolation is considered to be one of the worst punishments in prisons and someone would rarely seek it voluntarily, at least for a longer period. So, distancing yourself from other people has negative effects for each person, at the very least. Naturally, these negative effects are bound to extend on the social level since society is comprised of individuals. If the individual is not well, how can the collective be well? It may be virus-free but one has to wonder what kind of psychological state would a collective like this experience.

In times like these, where we are faced by a common threat, our best defence is social solidarity, coupled with common sense. The latter is important too (perhaps more important than ever) since it is the accumulation of the wisdom of previous generations. It is common sense that dictates we should stay at home if we are sick, regardless of what pathogen is active in the body. The same common sense urges us to apply personal hygiene both before and after being in contact with the outside (even if there is no virus around, since unless you are in Switzerland, the city you live in is not super clean). So, if we pay attention to these heuristics, being in proximity to other people is not that dangerous as some people think. I’m not saying we should ignore the problem, that would be silly. However, going to the other extreme and being suspicious of our fellow human beings is equally silly and perhaps more dangerous than we are led to believe.

The Covid-19 situation has robbed many people of their health. Let’s not let it rob everyone of their humanity...

We are a school so have been closed down. The CDC issued some data that supports your thought here, overreaction in the face of not knowing what to do. Hong Kong closed all schools and Singapore did not, both regions so the same bell curve continue with the virus. Not an overwhelming data set by any means. I sense that we have gone back to the western times in Dodge City. Shoot anything that moves. There is no consideration for the efficacy of actions. I realize that the virus will wreak havoc in families but doing things with no value in outcome will only add to that havoc. But clearly the information coming from political and social settings is less than meaningful. Give a talking head two facts and they can contribute hours of speculation and dramatic music and video.

Excellent article Zacharias \ud83d\udc1d Voulgaris - at least here in beBee land we have voices of reason rather than panic when it comes to the corona virus pandemic.

#8
I agree. Precautions need to be taken. Perhaps in Italy they are somewhat justified (particularly in those parts of the North where the virus seems to be more wide-spread). I wonder if other countries run the same risks though. Places like Cyprus, for example, are certainly over-reacting. I understand the 2-week quarantine measure, but schools closing down seems a bit excessive. Unless the virus has now learned to swim, in which case it's best to keep away from the beaches! It is indeed common sense to take measures to stop this situation. I only wish this common sense extended to the masses that are panicking about supplies like toilet paper and sanitizers, as if this sort of products are going to fend against the disease. Also, I wish we had the common sense to show forethought and foresight before such issues go viral (no pun intended) instead of merely reacting to them as they come along. Cheers!

#7
Zacharias, I perceive all your blog posts that way. When I visit beBee, which is rare lately, I always look for your articles in my feed because they are thoughtful and well reasoned. Italy is Croatia's neighbour and what happens there affects life in my country to a great extent. Italy is one of the major trading partners of Croatia. Also, daily migrations to Italy from northern Istria (a western part of Croatia bordering Slovenia and Italy) have stopped, and many people who go daily to work in Italy cannot continue to do so. I am not sure what happened in Italy was about being unlucky. But I am sure that nothing can beat the spirit of the Italians as seen in heartwarming scenes where people across the country have taken to their balconies and begun singing to and with each other. To prevent the virus from spreading too quickly, and due to the specificity of the impact on the elderly (especially older men), the sick, as well as the hospital population, the disease needs to be kept under control by preventing contacts between all of us in the coming weeks. It's just common sense.

#6
If by SM you mean beBee and similar social sites, I agree. The more conventional ones are not as good, perhaps, as they have other kinds of pathogens (e-pathogens if you will) lurking around! :-) I believe these safety protocols you see in your country are commonplace in other parts of the continent too as well as other parts of the world. I'm not sure if Italy made any mistakes in particular or if it was just unlucky. Perhaps the stereotype that governs people's view of the country is unfair since the northern part of Italy is indistinguishable to other Central European countries both in terms of professionalism and infrastructure. Anyway, my intention in this and every other article was to help bring about a sense of perspective on this matter. I hope you perceive it this way. Stay healthy!

Zacharias, you pointed to some important issues about coronavirus in all your articles. I don't think that personal hygiene both before and after being in proximity to other people (possibly infected with the coronavirus) alone is sufficient. Regardless of what we think about social distancing, the best way to slow the spread is by staying away from other people until we know more about the disease. It's crucial in reducing the transmission rate of any highly contagious illness. I live in Croatia. The government has decided to close schools, kindergartens and faculties for two weeks, although we have less than forty infected and there have still been no fatalities. That's common sense in action - learning from other countries' mistakes. Social distancing can take a toll because we are social creatures, but many people spend a lot of time on social networks, and it has already become the main place they live in. :)

Zacharias, I have watched the society I live in being upended by over-reaction to a virus. In the state where I live the governor issued a proclamation banning meetings of over 250 people. Small meetings I'd scheduled weeks ago have been cancelled or postponed. I understand the rationale behind these actions but suggest that there is little if no understanding of probability involved in the decisions. Each year about 60,000 people die of the flu--the common form of this virus in the USA. It is suggested that CoVid 19 is 10 times more virulent. So the possible number of deaths could be estimated at 600,000. In a US population of 329.67 Million that is a very small number. Tuberculosis kills twice as many annually. 5 times as many die of Diabetes. Yet, we are jumping through hoops to take action to slow the spread of a yet another virus. The one good thing which may come out of it is forcing our governments to see health as a major concern, a right, not a privilege. And so it goes

Great points here Zacharias \ud83d\udc1d Voulgaris....Interesting that it should take something like this to elicit 'common sense'...Humans have for centuries been of a 'self-serving' nature that has many times before led us to this 'reward for services rendered' mindset...We have no choice now but to work together amid this global threat to everyone's survival...No one is immune...

#2
Great analogy with one major difference.In computers our lives are not mostly threatened ; in case of infections to humans they are. Survival is the greatest motivator and we do all what we can to keep alive. The threat is indirect such as the dysfunction of computers in hospitals. But then we may resort to old treatment that were prevailing before the advancement of computers. In all cases these discussions are illuminating.

#1
Let's look at this phenomenon using a different paradigm, namely the computer one. Just because some computers are infected by malicious software (some of which may remain undetected for longer periods), does this mean that interaction among computer should stop? If security were our primary objective, we should quarantine all computers so that the infection is contained. Yet, people go about their business with their machines interacting with other machines over the internet, without second thought. Of course the risk in that case is of a different nature since no one may die from an infected machine. However, certain computers are in charge of infrastructure like hospitals, power grids, etc. so they carry a larger responsibility that's tied to many people's well-being. Yet, these machines are often online even if the majority of computers interacting with them are bound to be infected in one way or another. I'm very security-conscious and regularly participate in conferences about cybersecurity. Yet, even in my case I've had my primary computer infected at times. I can only imagine how things are in cases of people who are less security-conscious. Just a thought...

Zacharias \ud83d\udc1d Voulgaris You mention a hugely-relevant paradox. "Isolation is considered to be one of the worst punishments in prisons and someone would rarely seek it voluntarily, at least for a longer period. So, distancing yourself from other people has negative effects for each person, at the very least", Social closeness affects us emotionally and enhances our strength' yet it also brings the risk of more exposure to the virus. Life can be hard not knowing what to do.