How Plato's Dialogue "Apology" Is Now More Relevant than Ever

Those who have studied the classics of ancient Greece, may remember one dialogue from Plato called Apology (which was not his most famous work). There he talked about his mentor's trial and how he defended himself against charges which were both invalid and with serious ramifications (i.e. death by poisoning). If you haven't heard of this dialogue, you can always read it here. The main message, in my view, was not to show that Socrates was a great teacher of philosophy, but most importantly to show that an upright attitude against adversity is often much more valuable than beautiful words that may enchant the mind.

Specifically, Socrates remained cool throughout his trial even though he was accused of corrupting the youth and going against the mainstream religion of the city-state of Athens, where he lived (religion was very big at the time). Yet, the best part of the trial was that even though Socrates failed to assert his view in the court of Athens and was sentenced to death, he chose to adhere to the court's decision, even though he fundamentally disagreed with it. He chose to respect the laws of Athens, instead of trying to flee the city and save his life (a feasible option, since his students were well connected and willing to help him out, while he was in prison awaiting his execution). He didn't just say inspiring things through his lectures (for which he never charged, by the way); he lived by his ideas and his teachings.

It is at times of turmoil that our ideas and convictions are put to the test. That's the time where we need to apply them, instead of just talk about them. Of course it is much easier to blame X or Y for something that came to pass that we feel uncomfortable with, but will this solve any problem? Even if X and Y are convicted, will this make things right? Is there anything that can happen that will make things easy for us, if we are not in peace with the reality of the situation?

Socrates would argue that it doesn't matter what we think about what happened but what we do about it. In our case, the choice we have has never been clearer: we can react and express our discontent in vocal and often aggressive ways (putting other people's safety at risk, in the process), or we can accept the situation and see how we can make the best of it. Anger and violence never solved any problems, just like fleeing to nearby countries failed to provide any sustainable solutions. The situation is not pretty, particularly for those who have strong opinions on politics, but is it going to get prettier by reacting? Of course we don't need to die, like Socrates did, for the things we believe. We can do something much more challenging though: live in peace, despite the situation we are experiencing, and retain our presence of mind, just like the ancient Greek philosopher, 25 centuries ago. Are you up for the challenge? 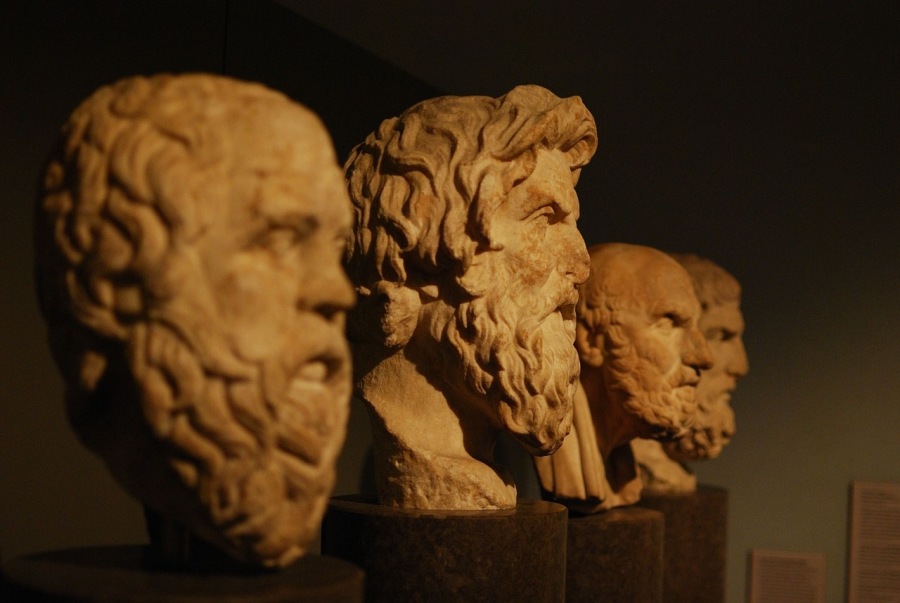 Choice is at the heart of everything we experience in life. We choose actions and reactions. I agree that we can always choose peace. It is false thinking to believe that you can change things with force. Any change brought about through aggression is fleeting. You will be doing it all over again shortly thereafter.

#6
Hmm. So the whole dialogue that Plato wrote about all this was a decoy then? Interesting theory

His students probably found some bum who looked like him to poison and kidnapped Him. That's what I would have done.

#1
Thanks Javier. Glad to be part of this creative community!

Good post, @Zacharias Voulgaris. Living by conviction has certainly lost some of its lustre today. We write, we argue, we talk but actually living by this conviction seems foreign and, as most people would conclude "not really necessary." So we're now at "talk is cheap."

thanks for sharing it ! Zacharias Voulgaris welcome to beBee !

In Praise of the Data Engineer