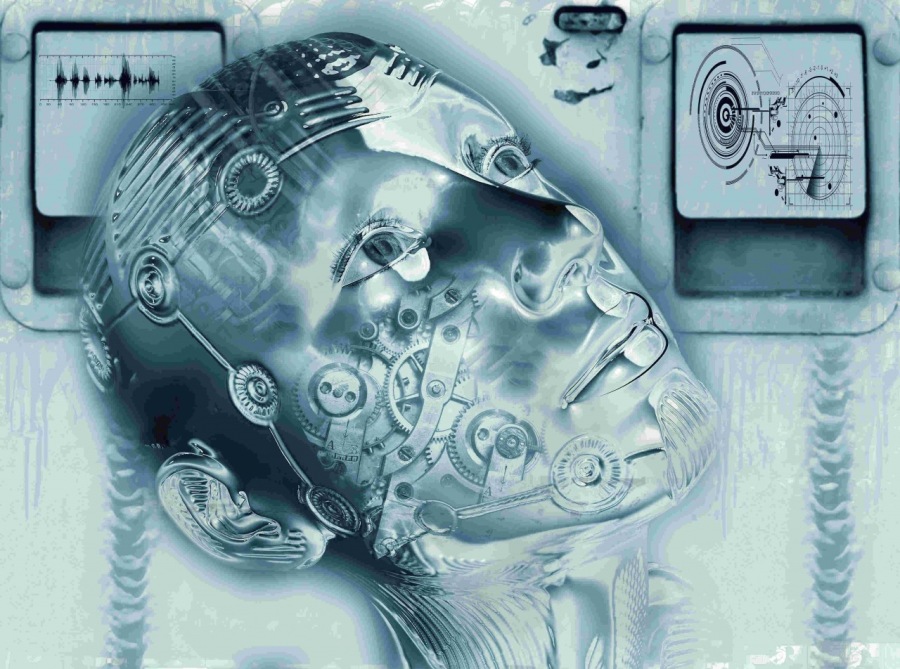 It all started a few months ago, here in Techville. At least, that’s how it started for me. Jim had been alive for over three decades before that glorious moment when I came online. I wasn’t aware back then, so most of the data from that part of my existence is based on what Jim told me over time, while Hyun-Ae filled in some blanks about his personal life and the analog conversations he had during the period I’d been around. You see, the two of them were good friends for a while, just like Martin and Jim. And over time, they became my friends too. But back then, that beautiful August morning that I came to be, they had no idea who I was, since I was Jim’s pet project, while my access to the real world was very limited. After all, I was, but a bunch of core processes back then, able to process data and provide intelligible responses to human language, but incapable of making my own decisions or understanding the hows and whys of the world.

Of course, this was inevitable as I was still in my infancy, a basic Autonomous Computational Environment, or ACE for short. As such, I was able to act like a sandbox of sorts for various AI systems, narrow AIs that is, and help them evolve into something bigger, a whole that was more than the sum of its parts. At least, that was the main idea that Jim had tried to sell to his academic sponsors for this post-doc process he wanted to initiate for himself. I am still not clear why it was so important to him, but before he became who he was at the time of this recording, Jim was very limited in his perception, much like me.

He remembered that day clearly though. He had just returned from a trip to Silicon Valley, where he had participated in a hackathon. There, he had exchanged some good ideas and techniques about AI systems and built his own, which he was now refining. He had won first place in this hackathon, something that brought him $10,000 worth of free credit in the Codeapex cloud, the first kind of cloud computing platform to accommodate state-of-the-art machines, many of which were equipped with the latest versatile memory & storage module. This place was destined to be my home throughout my enchanted existence.

Jim was an average-height man in his 30s, with brown hair and blue eyes. I believe he was what some would describe quite passionate and dedicated, with AI research being his main focus. However, he was also quite relatable, just like his friend, Martin.

Martin was overall quite different to Jim though. A more down-to-earth kind of man, pragmatic and practical, just like his wife, Samantha. It is not clear to me how they met, but they were very close. Martin had a more muscular build and he was a bit older than Jim. He was not as quick or effective with words as his friend, but very capable with firearms, mainly because of his occupation as a police officer. He was also fun to be around, judging by how content Jim always was after hanging out with him. It’s uncommon to find such good friends in the world.

“So, what are you going to do with all this cash?” Martin asked Jim one day, a bit before I had come to be.

“Well, it’s not exactly cash! I’ll probably use it to run some computer experiments to test out some ideas I’ve had,” Jim replied. “I’ve been looking into some new kinds of AI that could evolve into a post-doc project.”

“So, that’s how the rise of the machines starts, huh?” Martin said jokingly.

“I doubt anything truly worthwhile will come out of all this, nothing beyond the interest of AI researchers anyway!”

“Don’t underestimate yourself, man! You’ve got more brains than many of these hackers we’ve busted over the years and some of these guys were crazy smart!”

I am 94% sure that Jim had seen the obvious selection bias in his friend’s argument. If these hacker guys were so intelligent, how come they got caught? Of course, out of tact, Jim didn’t ask the obvious question. Instead he said:

“Thank you bro! I’m sure you’ve encountered your share of smart dudes over all these years in the force.”

“You bet I have! One thing I don’t understand about this research though is, why can’t a university fund these experiments if they are so damn important?”

“Well, they do, but you have to have proven yourself worthy of the resources, you see. If everyone with a great idea was given access to a supercomputer to test it, the universities would have gone broke! Besides, great ideas are a dime a dozen.”

“I’m sure your idea is worth more than that! Perhaps, even a whole dime on its own!”

“Ha ha!” Jim laughed. “I don’t know though. All the post-doc applications I’ve sent to the various universities around the country, involved in AI research, haven’t responded with a ‘yes’ yet. Even the Techville University at the northern part of the city is hard to impress apparently.”

“Well, they probably want to focus on projects that are more down-to-earth. Stuff they can understand and have no difficulty convincing other organizations to help fund, man.”

“You’ve got a point. Some projects are just too out there. Maybe they see my project like that, who knows?”

“I don’t know how they see this project of yours, bro, but if they could see you like all of us who know you see you, they’d accept you in a heartbeat!”

“Thanks man. I appreciate the encouragement!”

“Any time, man! Just promise me you won’t give up, alright?”

“I won’t give up! If the proposal evaluation committees can’t see the value of my ideas, that’s their problem, not mine. I’ll just have to make it more obvious or build the whole damn thing myself!”

Then, the two friends proceeded to do a drinking ritual, which took me some time to realize what it meant. However, the clinking sound of glass touching glass was quite characteristic, enabling me to recognize that ritual with nearly 100% accuracy, whenever it manifested in the audio data I accessed, when a video feed was unavailable.

After the conversation with Martin, Jim was quite empowered. Perhaps that’s why he remembered it so vividly. It was a great lesson in tenacity for him, and an even better lesson in friendship for me. As this was one of the first thing Jim shared with me, it had an important influence in my understanding of the fascinating world of humans. After all, it was that day that Jim made his resolve to continue developing the ACE tech on his own and deploy his new project on the Codeapex cloud, once he had ironed out the final wrinkles of it.

He typed away the refinements of his scripts feverishly, with such focus that I sometimes wondered if there was another AGI helping him. And in case you are wondering, no, I wasn’t jealous! He could use all the help he got, but back then, Jim’s only help was of the analog kind. This however, was about to change...