The E.T. Challenge - A Thought Experiment 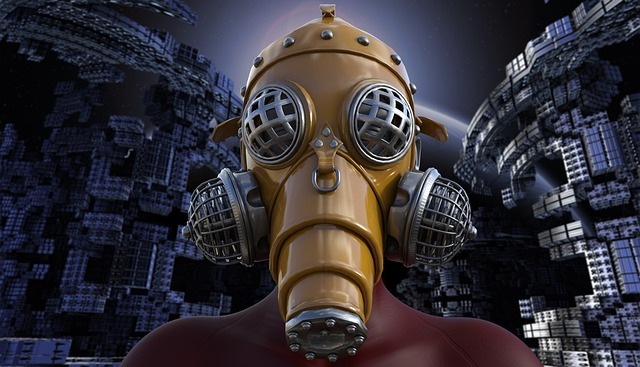 Let's see if you can pass the E.T. challenge and save humanity, shall we? This is a thought-provoking hypothetical situation that can help us gain a better understanding of the problem at hand. With our without an extraterrestrial around, it can help save us all.

Alright, that's enough of an introduction. After all, time is of the essence. The panic waves that Earth has been broadcasting over the past few weeks as more and more people are fearing for their lives were eventually picked up by Alister the alien from the Cygnus constellation. True to his name, Alister came to earth with his spaceship to defend mankind and fight for us. However, the bureaucracy at his home planet is almost as bad as that of Italy, so he has to fill all this paperwork before he is authorized to help anyone (perhaps that's why there isn't much sentient life in the known universe!), so he has devised a challenge for you, yes you, the first and probably only earthling he has time to converse with before making his decision.

So, here is the challenge he came up with: in the space of a beBee post (Alister is very fond of beBee because it reminds him of his home planet where bees are worshiped as cats), inform him of the whole situation Earth suffers from and convince him that the planet is worth saving. You need to be explicit, however, since Alister is not aware of Earth politics, he doesn't understand how one part of the species can prosper at the expense of everyone else, and his knowledge of Biology is a bit rusty. On top of that, he has never encountered a planet that suffered from a pandemic. So, he is all ears (literally) and happy to indulge in your take on all this. However, he is not big on leaps of faith, so unless your argument is logical enough to convince him, he'll be out of here in no time.

Remember, the faith of our planet is in your hands. Can you help us converse with and convince Alister so that he can defend our species? Feel free to enter your response to the extraterrestrial in the comment section below.

Disclaimer: No humans or other earthlings were harmed during this experiment

Since the mankind is all locked up everywhere across this aging globe, now it's perhaps, the turn of genies having ample time to freak around without any borders and restrictions. As if the engine of the world is in reverse gear, and we all, confined to our dwellings, have lost our freedom and peace of mind. Perhaps, the only world we live in now is the virtual world by the uses of digital and social medias. Ironically, we have become aliens in our own lands and victims of viruses...no where to go and locked up everywhere.

#2
It's just a thought experiment to help us view the covid-19 situation from a more detached perspective. Also, a refreshing literary story to make it more enjoyable. As for the prime directive, perhaps this belongs only in the world of Star Trek, not anywhere else, be it fiction or reality...

Zacharias, Are we arguing for the fate or faith of the planet? either way it is one hell of a task. If we are dealing with Fate I would recommend the prime directive: Do not interfere. Faith is another story. Any attempt at explaining it would result in both you and the alien being entwined inextricably in a whacked out warp drive. Translation: Wrapped around an axle. So we're right back to prime directive in my view. And so it goes.

Easy-peasy! I’d first get alien Ally to transport myself and a few well chosen family and friends across to UK where I’d introduce him to old mate David Attenborough. Once they’re settled and chatting I’d then borrow Ally’s ship and fly my chosen crew to Kepler-452b where we could sit out the next few years in relative comfort until either this whole mess blows over or Mother Gaia spits the rest of mankind off this planet and heals herself.